Önder ÇAKIRTAŞ holds his PhD from Süleyman Demirel University, Isparta (2015) and his research interests center around Political and Psychological Literature. He particularly specializes in Modern and Contemporary British Drama with a keen interest in Political Theatre, Minority Theatre, Ethnic Theatre and Disability Theatre. In 2018-19 academic year, he was a Post-Doctoral Research Fellow in the Department of Drama, Theatre and Performance Studies at University of Roehampton in London. He was also a visiting researcher at the University of East Anglia on a scholarship in 2011 to do his master thesis research. His current research is on Blacks and Minorities in contemporary British theatre and on performances and representations of Muslims in British theatre, which he aims to publish as a book-length study with Bloomsbury.

His most recently published monograph Skin Colour and Identity: Contemporary Black British Theatre [with its original title, Ten ve Kimlik: Çağdaş Siyahi İngiliz Tiyatrosu (2020)]  analyzes Black representations in Britain through plays by various Black British playwrights.His latest edited book, Language, Power and Ideology in Political Writing, was published by IGI Global in Pennsylvania in late 2019. His other recent publications include a political reading of intersections of class, race and social stratification in British theatre published as a book chapter in The Routledge Companion to Literature and Class (Ed. Gloria Lee McMillan), a play-specific exercise that demonstrates how performance illuminates close reading of Wole Soyinka’s Death and a King’s Horseman (with Miriam Chirico) (edited by Miriam Chirico, Kelly Younger, published by Bloomsbury in 2020), an analysis of Samuel Beckett’s Endgame in relation to patriography and pathography (published by Peter Lang in Oxford), and an edited book on analysis of the link between literature and psychology published by Cambridge Scholars Publishing.

Çakırtaş is founding editor of Essence&Critique: Journal of Literature and Drama Studies. He is also among the editorial members of Journal of British Muslim Studies. (SOAS, University of London).

In the attachment here, you will find his updated CV. 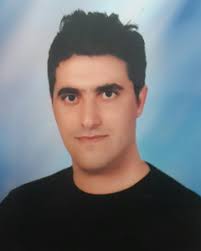