Foreign Minister Mevlüt Çavuşoğlu, who came to Bingöl to make a series of contacts, spoke at the "Entrepreneurial and Humane Turkish Foreign Policy" conference held at our University. Stating that he came to Bingöl for the first time, Çavuşoğlu said, “I am proud to be in Bingöl and at Bingöl University. Bingol is one of the most beautiful places in Turkey. The city of Bingöl is beautiful, but the people of Bingöl are more beautiful. Every citizens in Bingöl follow foreign policy. Bingöl University is also a university that integrates with the city.”

“Turkey Has Become a Global Actor”

Starting his speech, Çavuşoğlu conveyed the greetings of President Recep Tayyip Erdoğan to Bingöl and said, “Let's not forget that our country and our nation have a history and civilization. Let's be inspired by our history and civilization from every step we take. Bingöl is one of the cities we draw inspiration from. When we look at our geography, we are in a geopolitical position as a country. We are in the center of three main continents. So in such a central position, we have to be very strong. When we look at it, most of the crises in the world that directly concern us take place in this geography. Despite these difficulties, Turkey became a country that increased its power and became a global actor. The burden of a great country will also be great. In regions such as the Balkans, the Caucasus, Central Asia, the Black Sea, the Middle East and Africa, it is imperative that as a country we should say "I am here". We cannot afford to ignore this. Therefore, our foreign agenda as a country is very intense. "Our foreign policy is a national policy".

“Bingöl University has become a big family, despite those who say it will be a sign university”

Rector of our University Prof. Dr. İbrahim Çapak, who made a greeting speech at the conference, stated that today is a special day for them and they are happy to host the Minister of Foreign Affairs Mevlüt Çavuşoğlu and the accompanying delegation. Capak also gave a short briefing about the University in his speech. Before the conference, Bingöl Governor Kadir Ekinci, AK Party Bingöl Deputy Fevzi Berdibek and Bingöl Mayor Erdal Arıkan made a greeting speech.

Accompanying Minister of Foreign Affairs Mevlüt Çavuşoğlu during his visit to Bingöl, Chairman of the Parliamentary Plan and Budget Committee, Ak Party Bingöl Deputy Dr Cevdet Yılmaz said, “We live in the most important geography of the world. It is not easy to work as the Minister of Foreign Affairs in this geography. We wish them success in our geography and in the global world. Our minister speaks 6 languages. But the most important one is the language of the heart, which is the seventh language.” 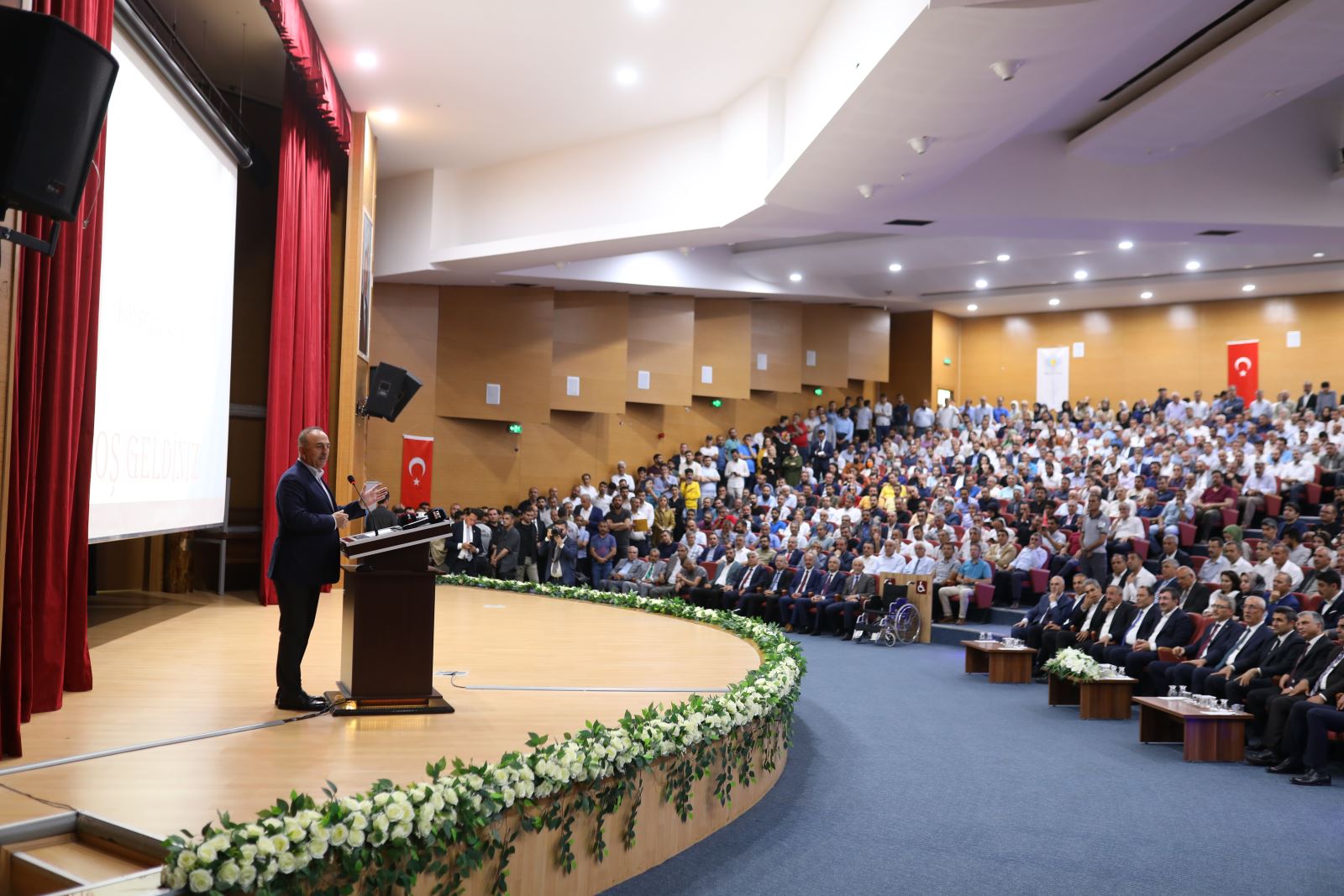 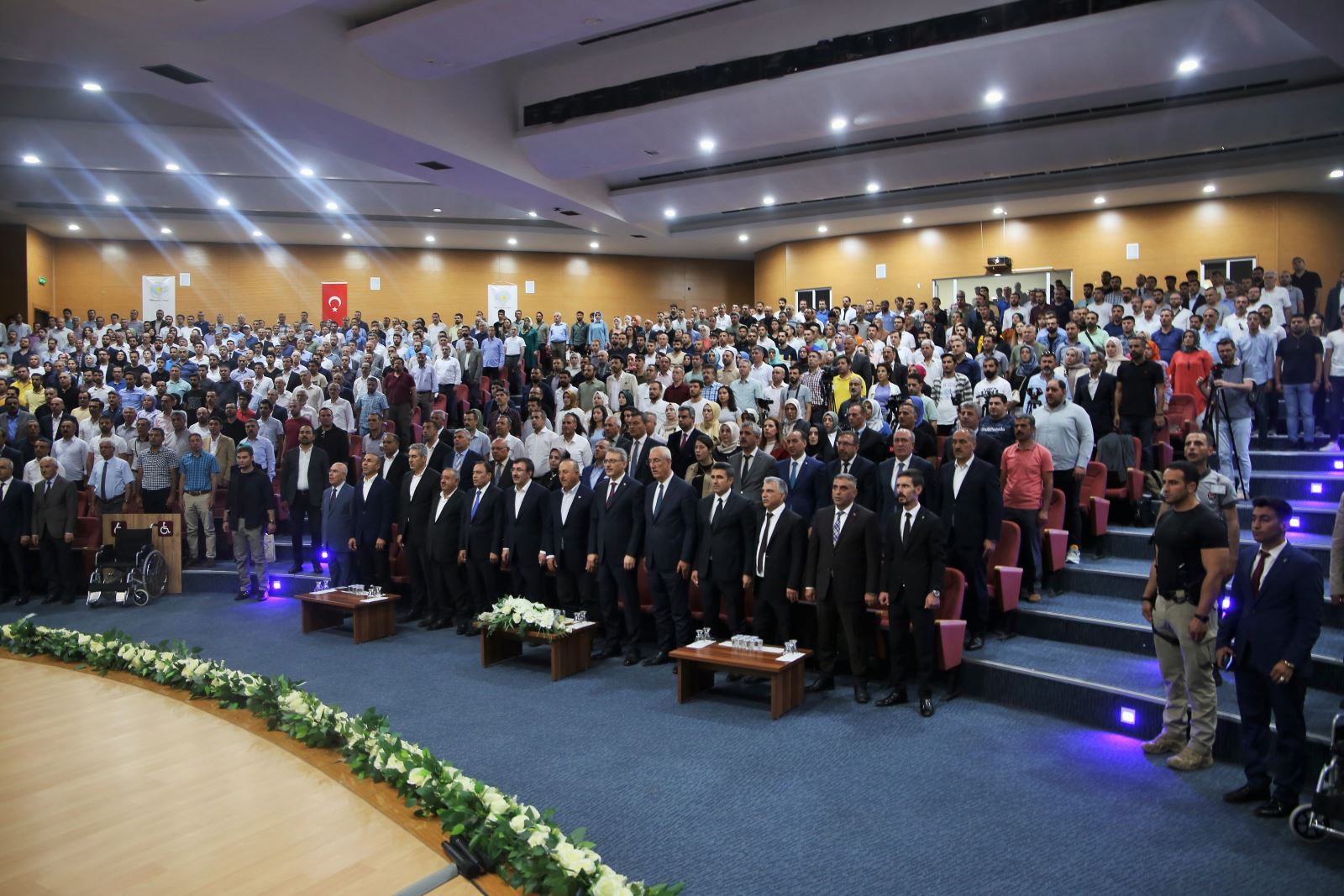 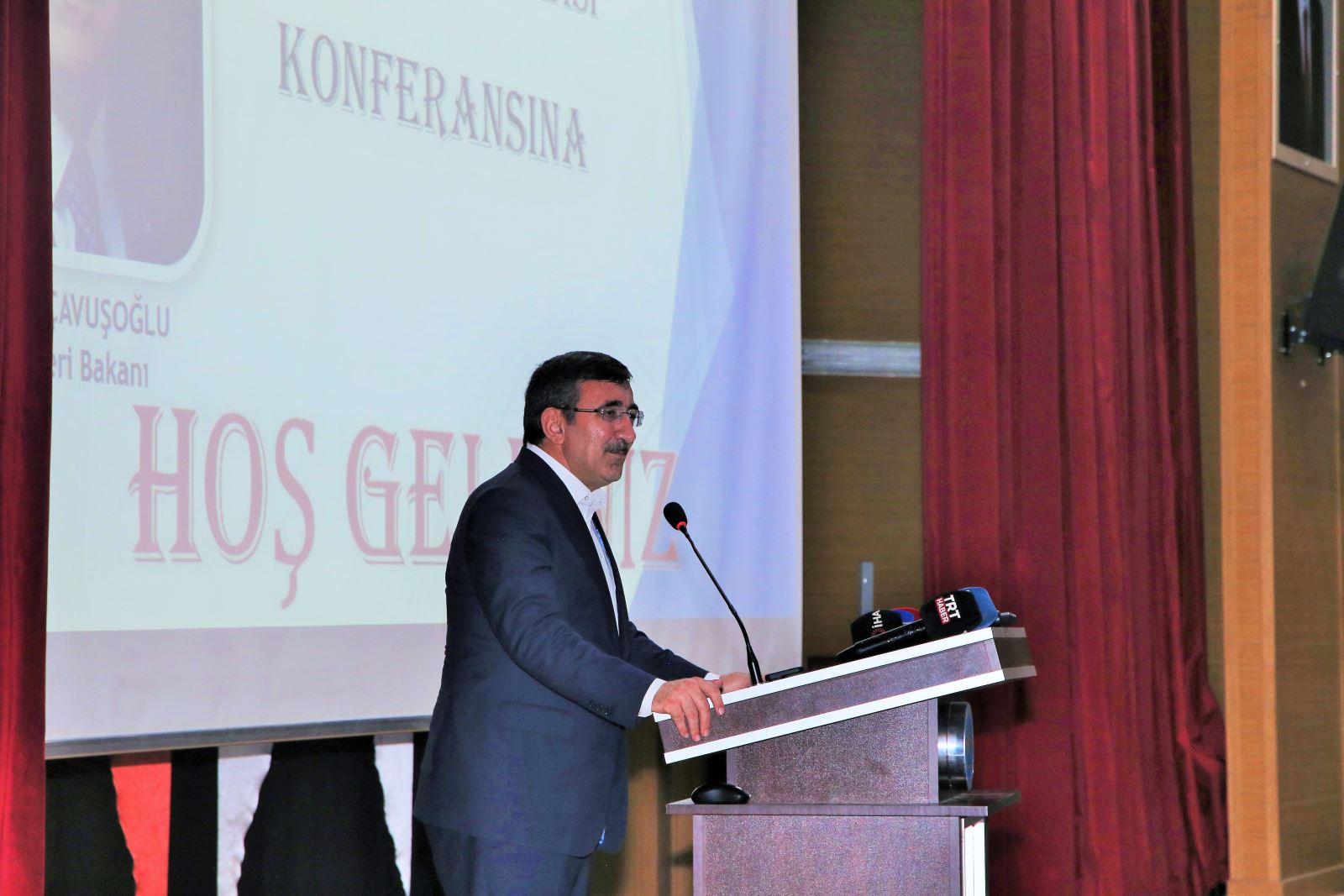 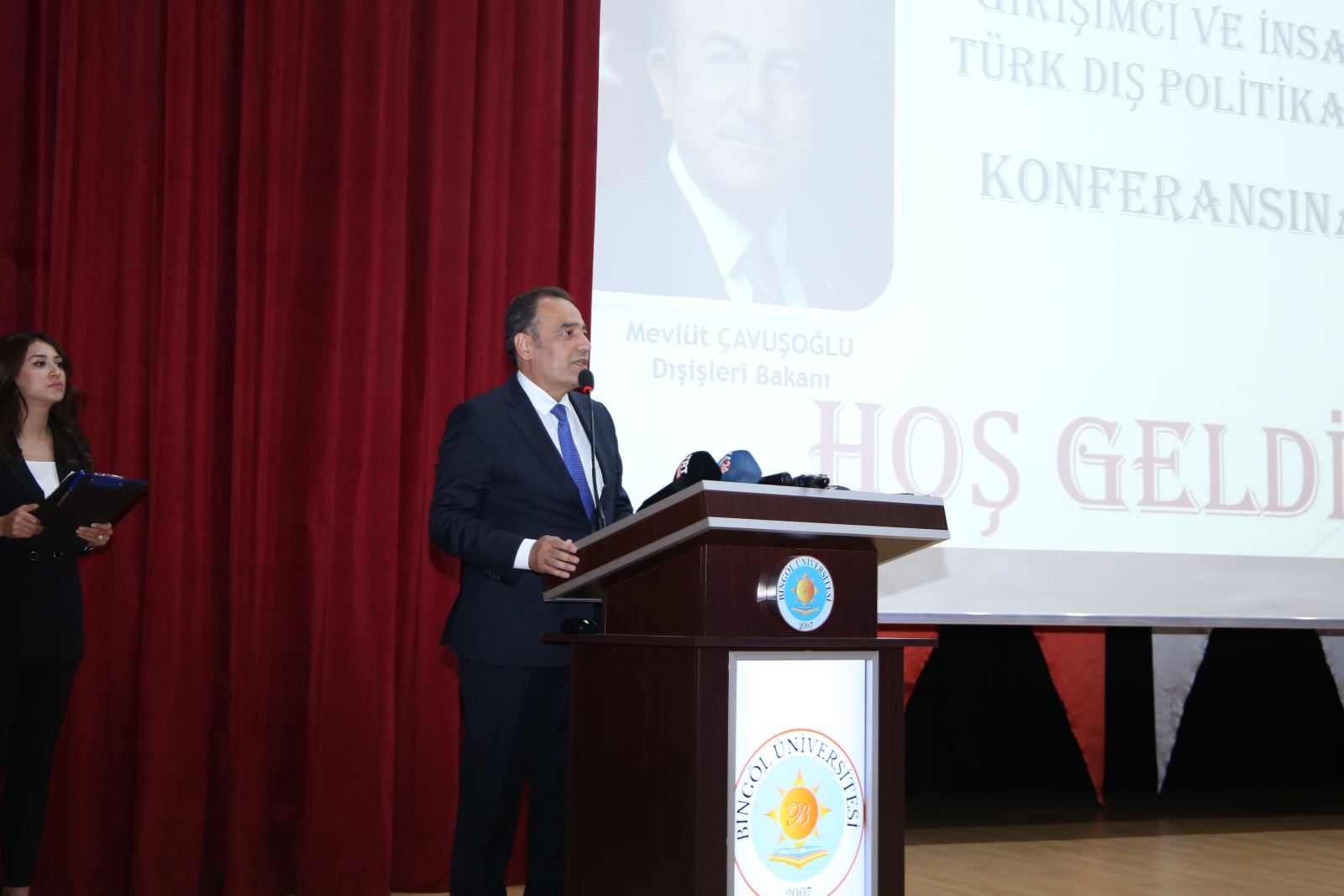 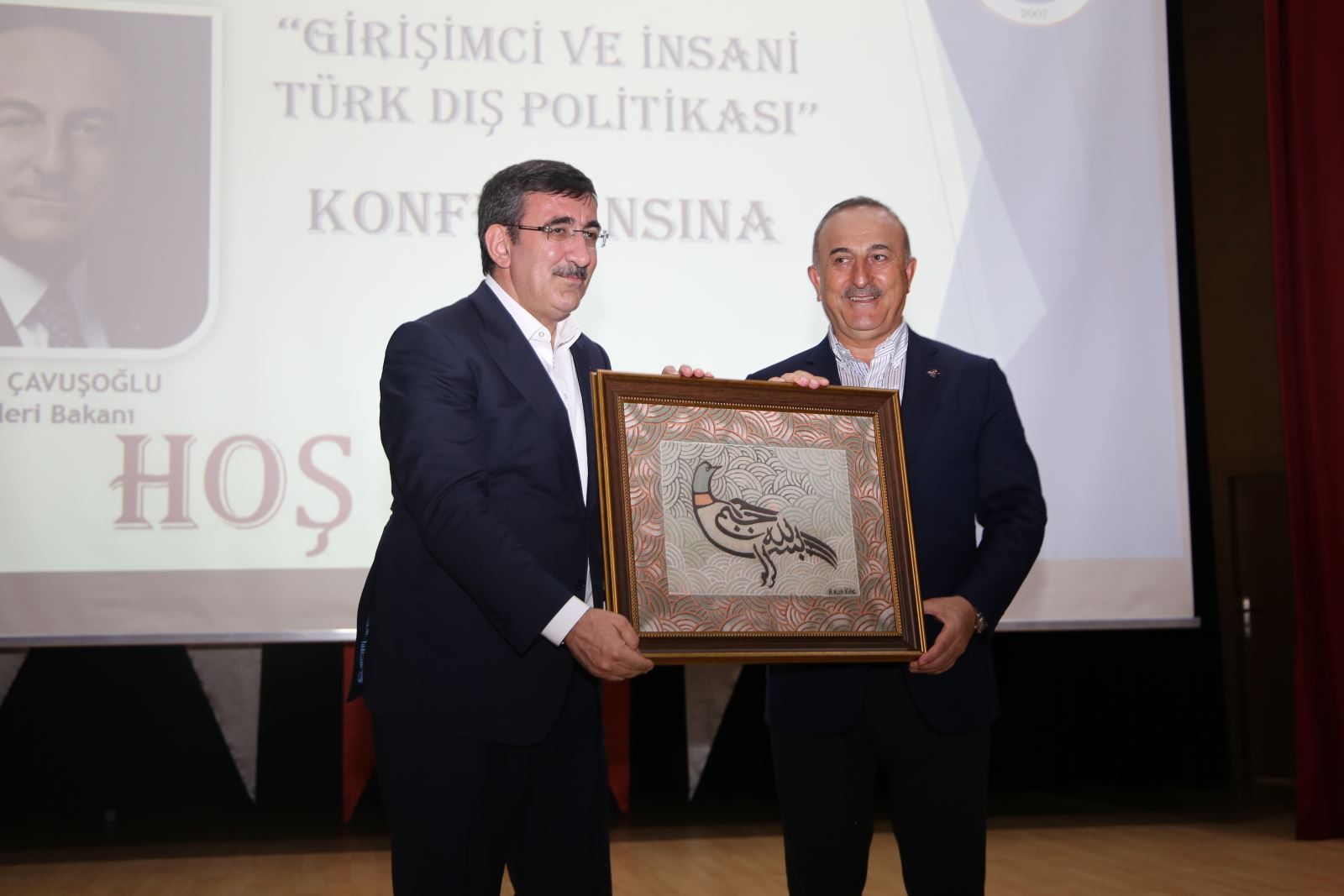 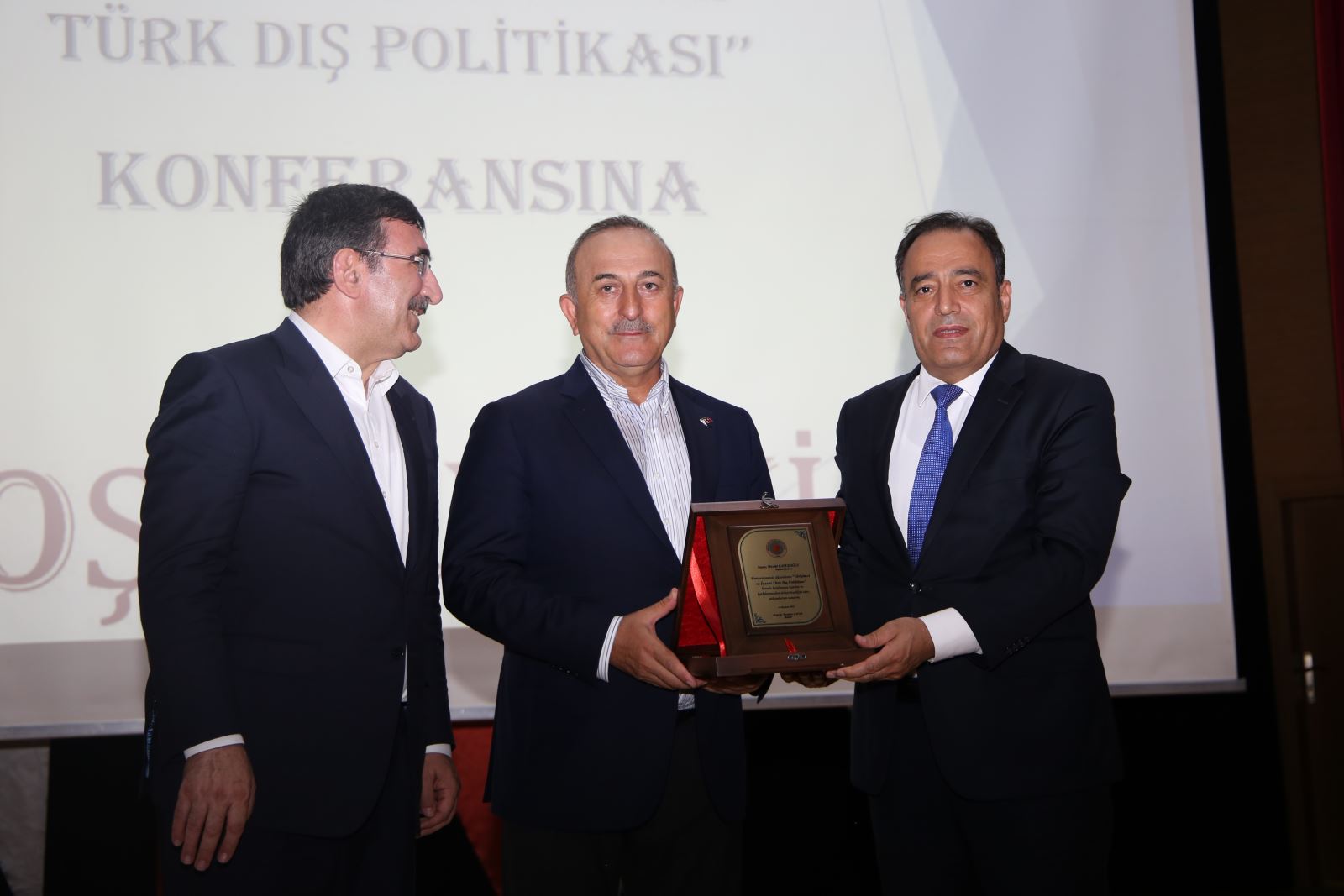 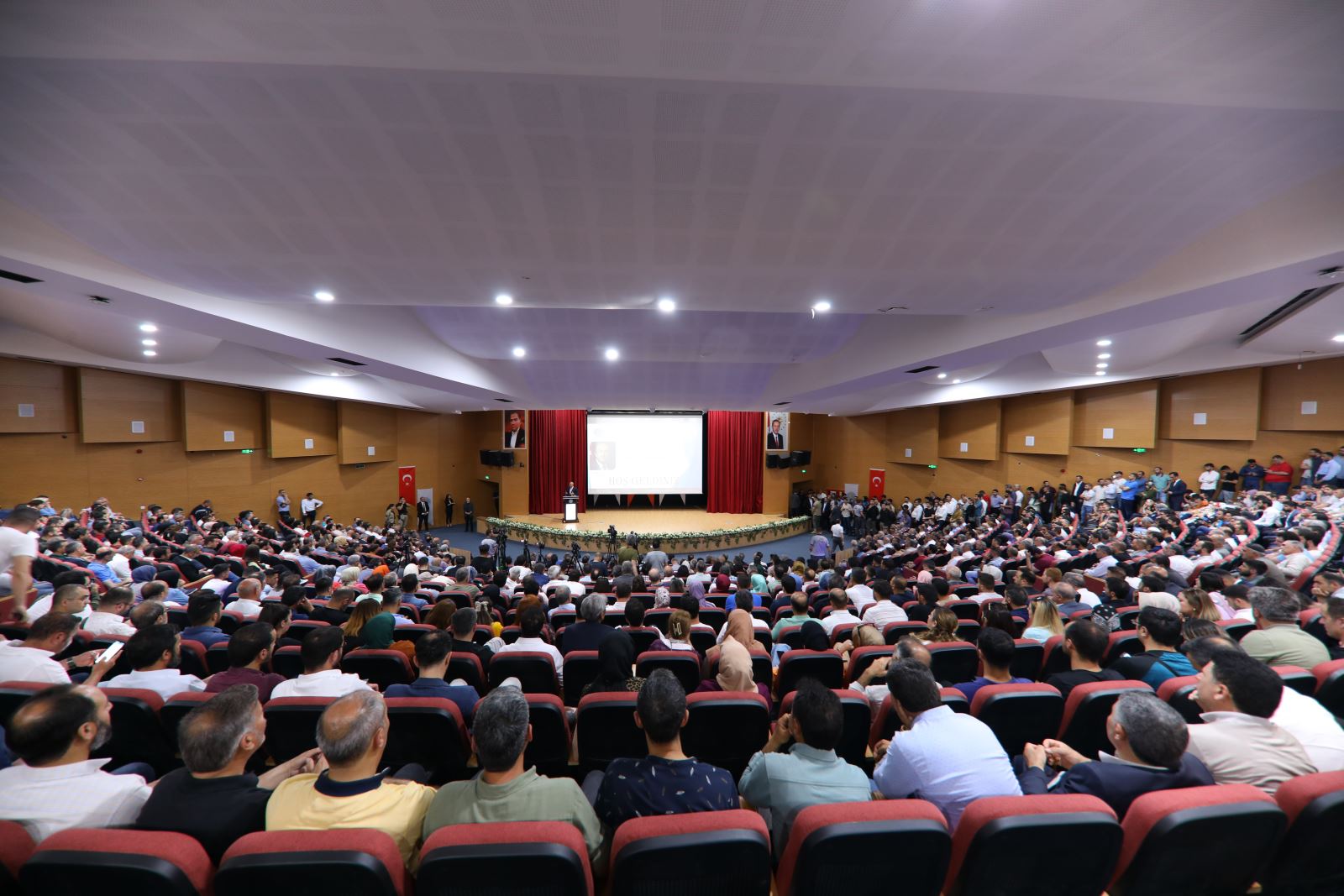 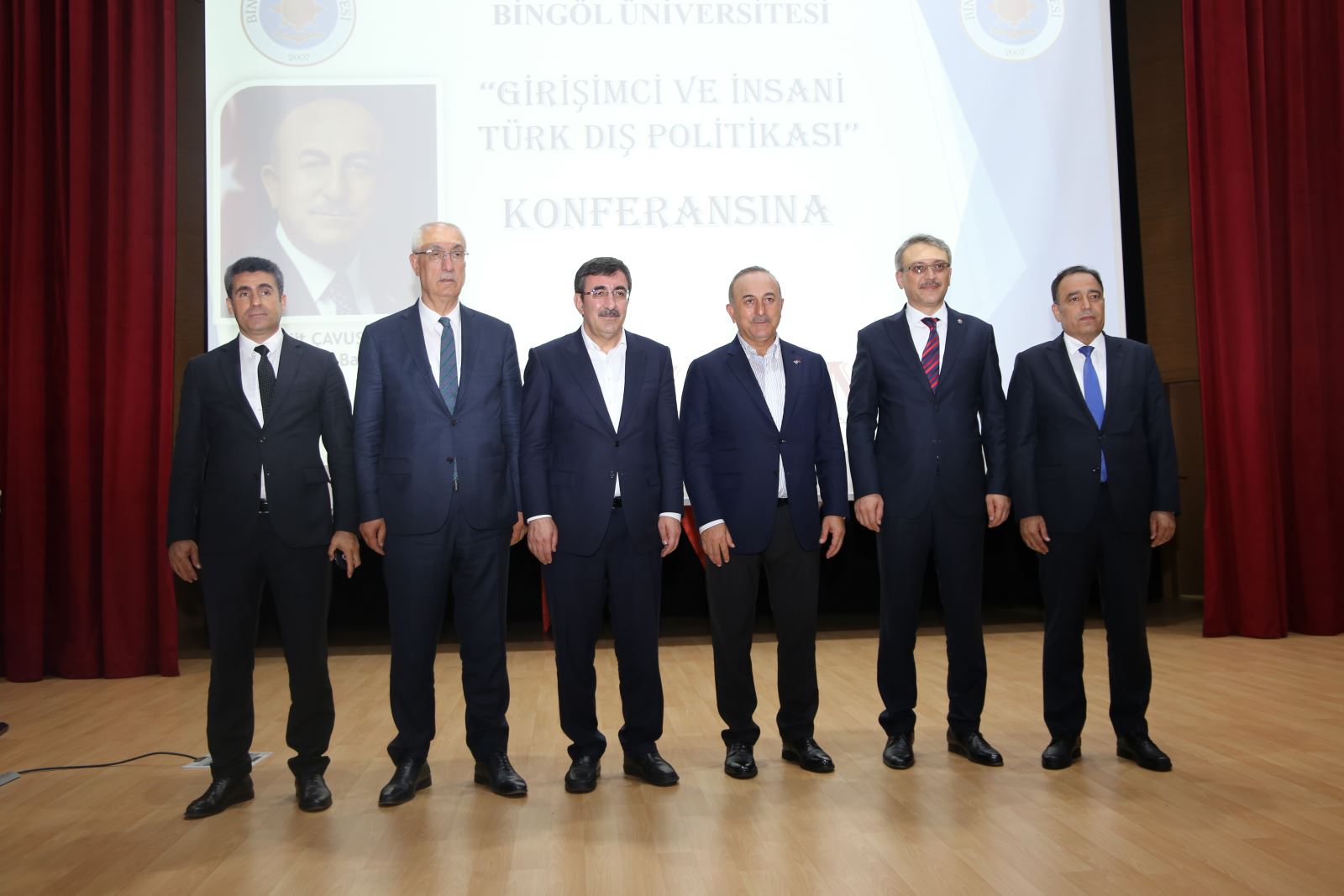