The book named 'Miftâhu'l-Fünûn', written by the Italian logician and philosopher Pasquale Galluppi (1770-1846) and accepted as the first logic book translated from Western Languages ​​to Ottoman Turkish, was translated into Latin letters by the Turkish Manuscripts Institution.

Galuppi's work  was translated into Latin letters and noted by Professor  Çapak,  Lecturer Mesud Öğmen, and researcher Abdullah Demir, based on the edition of Takvimhâne-i Âmire dated June 1861/1277 Zilkade. The work was published  by the Turkish Manuscripts Institution Publications. Penning the introduction part, Prof.  Çapak stated that "Miftâhu'l-Fünûn” consists of 9 Introduction Articles-  six of which are in Arabic and three in Turkish-  , a  Preface and 6 Articles. Expressing his gratitude to everyone who contributed to the emergence of such works, Rector Çapak commented "I am grateful to all the statesmen, especially our President Recep Tayyip Erdoğan, who helped the establishment of the Presidency of the Turkish Works Institution. The institution has made great contributions to the world of science by revealing many unknown works.Thanks to the institution,many unknown works appear and meet with the readers. 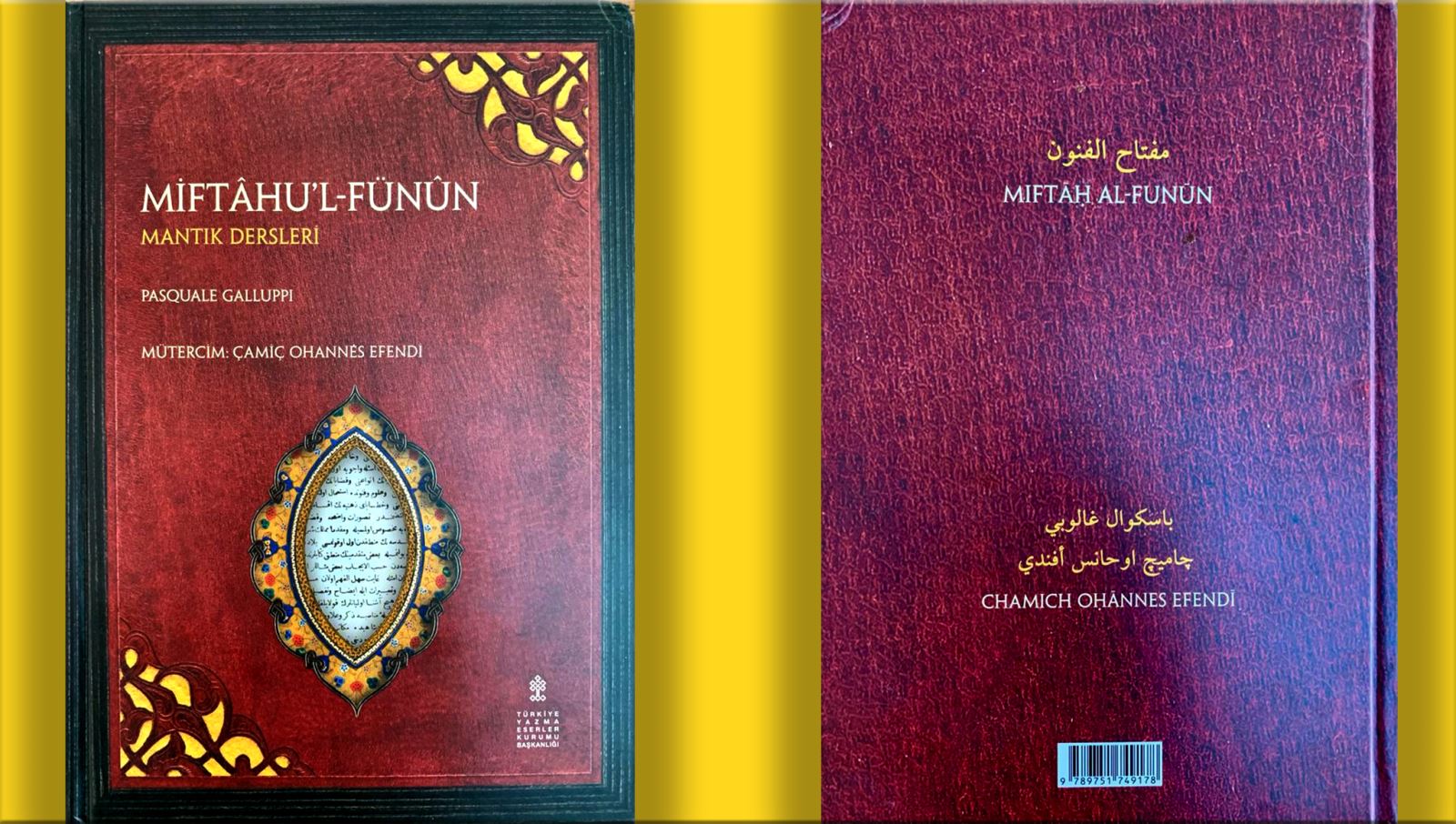